On Monday June 27th, Electrochaea and the BioCat project hosted an opening event at BIOFOS in Avedøre to celebrate that construction of the power-to-gas facility has been completed, and that the BioCat project is nearly ready to begin injection of renewable natural gas into the gas grid via HMN’s pipeline. 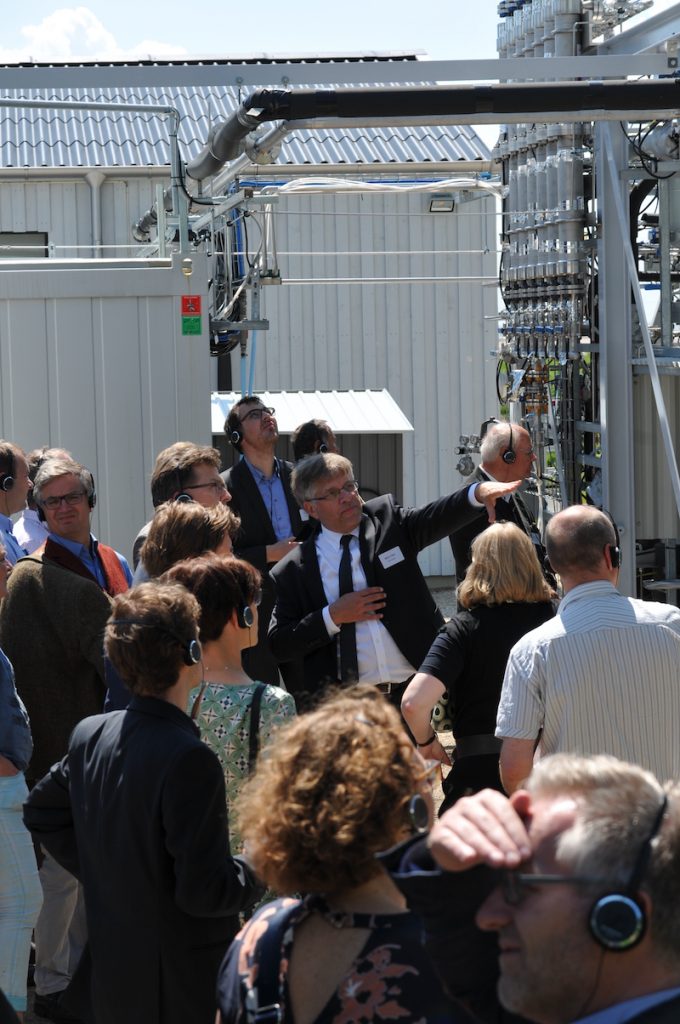 The opening event marked the completion of the construction phase for the power-to-gas facility at BIOFOS in Avedøre, and all the project partners attended together with various investors – both existing and potential new ones – and specially invited stakeholders from the energy sector. As a result, nearly 60 guest from around the world showed up to hear Electrochaea CEO Mich Hein present a recap of the project up until now. In this presentation, he also told the story about the journey and evolution of the technology, since the archaea used in the power-to-gas process had been adapted for industrial application at the University of Chicago by Prof. Laurens Mets – who was present at event and understandably proud to see how far the project had come. 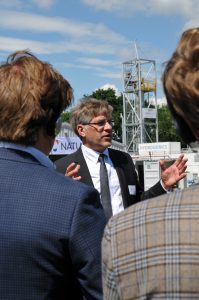 After the presentation and a few words from each of the partners, all the guest were invited for a tour around BioCat facility, where they received a thorough explanation of how the technology works, and where they were able to get an idea about how much work had gone into the construction of the facility. A number of guests were very impressed with the complexity of the facility – and with the fact that the project had been able to complete it in such a short period of time – and the BioCat partners were extremely pleased to see the final result of all their efforts.

The project expects to begin injection of renewable natural gas into the grid during July, thus kicking off the ‘commercial campaign’ that will last until the end of the project. Here, the facility will operate for 3000 hours using renewable power to produce grid quality biomethane for the Copenhagen market. In this period, the BioCat consortium will collect data about the robustness, efficiency, dynamics, productivity, longevity, and reliability of the system.