Using our process, renewable methane is synthesized from CO2 and H2 by our patented biocatalyst, a selectively evolved microorganism – a methanogenic archaea. Pipeline-grade methane is produced in our scalable and robust methanation system for injection into the gas grid or immediate use. CO2 can be up-cycled from any source such as anaerobic digestors, landfills, dairies, fermentation facilities or industrial processes. And, renewable H2 can be generated from renewable electricity by electrolysis, or from other wasted sources.

The high efficiency and robust nature of our biocatalyst enables our patented BioCat methanation technology to operate at lower capital and operating costs and with greater flexibility than conventional thermochemical methanation processes. The biocatalyst is compatible with variable duty cycles and common impurities in CO2 sources. P2G energy storage enables practically unlimited storage capacity via existing gas grid infrastructure. And the scalable process enables a broad range of applications (1 to > 100 MW power input).

Electrochaea GmbH is a dynamic growth stage company with headquarters, engineering and development teams in Munich, Germany. Electrochaea’s subsidiaries are located in Denmark and in California. 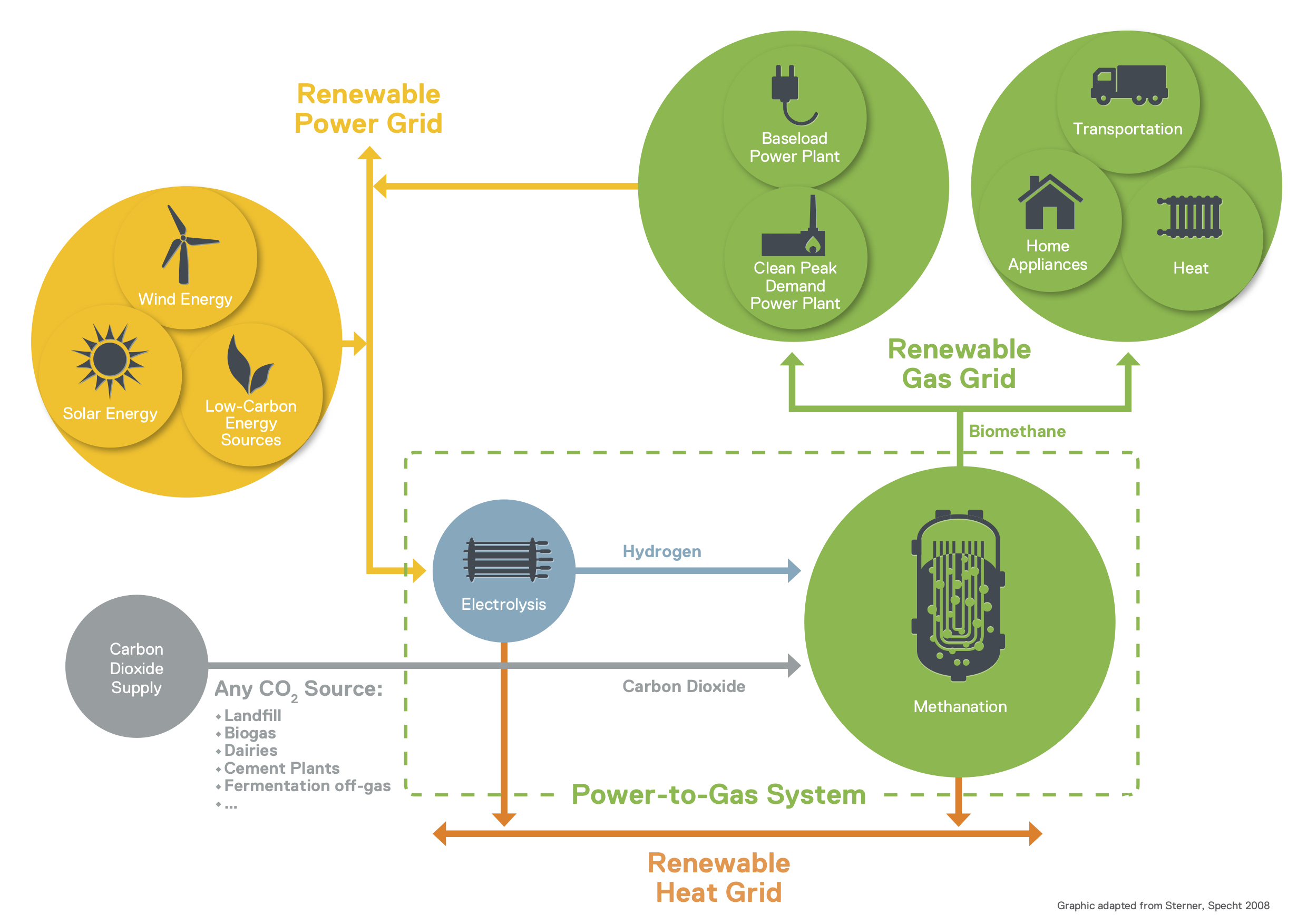 2006: Basic research and four years of “proof of concept” research. Prof. Laurens Mets and his colleagues at the University of Chicago recognize the potential of archaea for methane production and isolate a highly efficient strain.